Nowadays it's fairly standard practice to not actually buy an album at all, just to download it for free. Pretty much everyone does that, with real fans also buying the albums on physical formats just to have as an actual thing. Going one better than that, though there are the albums you buy more than once. There are many reasons for this, and lame as it sounds there are now albums I have bought two or even three times, only to then save them to a computer and put them on an mp3 player. The following are some 'repeat offenders', with some background. 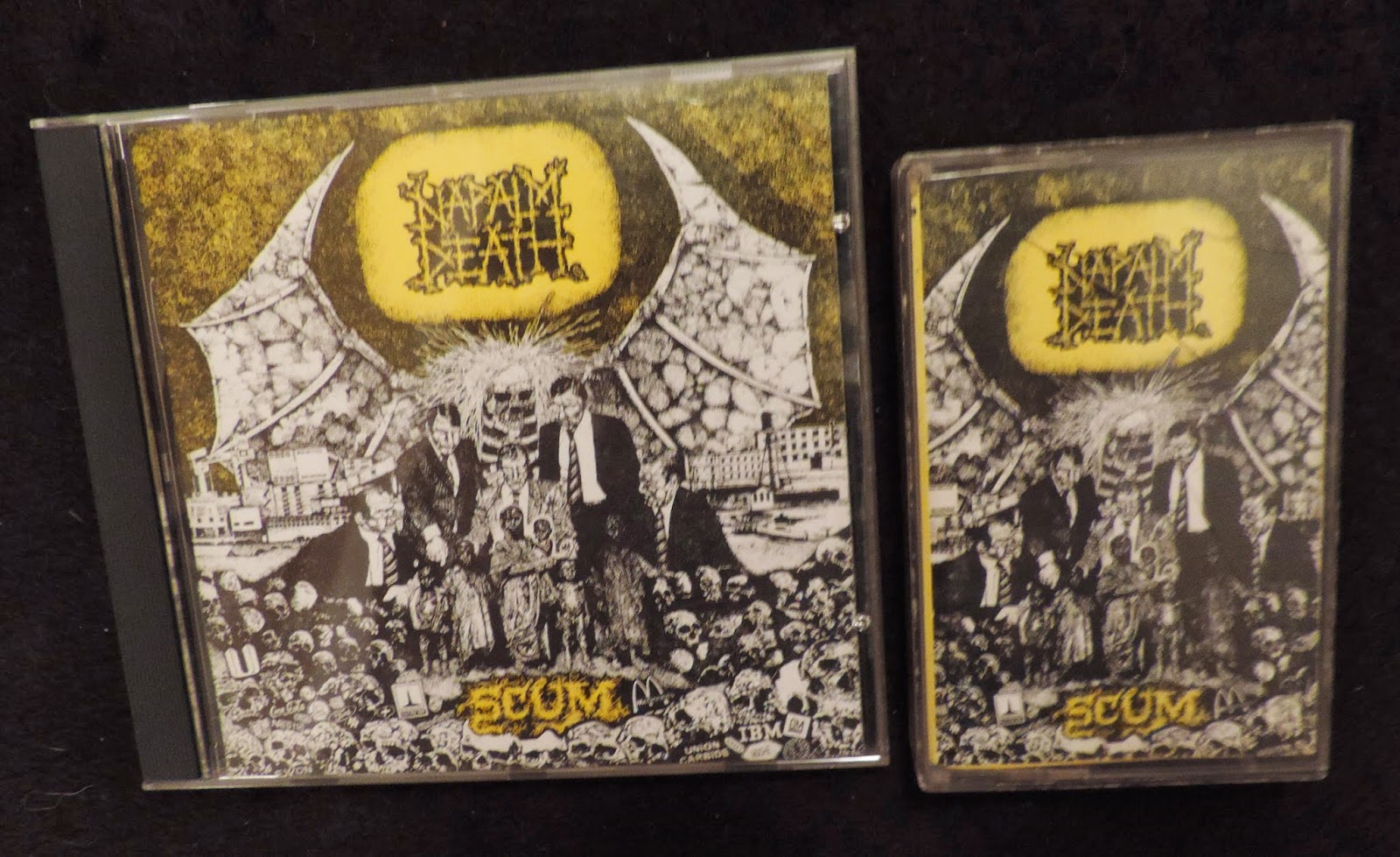 The versions
1) Tape bought in Our Price records, Perth in (I think) 1988. Listened almost to death, there is something very right about the cassette version of Scum, not least because of the endless list of acknowledgments and thanks, which, in the pre-internet age was extremely useful in spreading the word about underground music. The almost indiscernible, bleached out band photo is fun too. 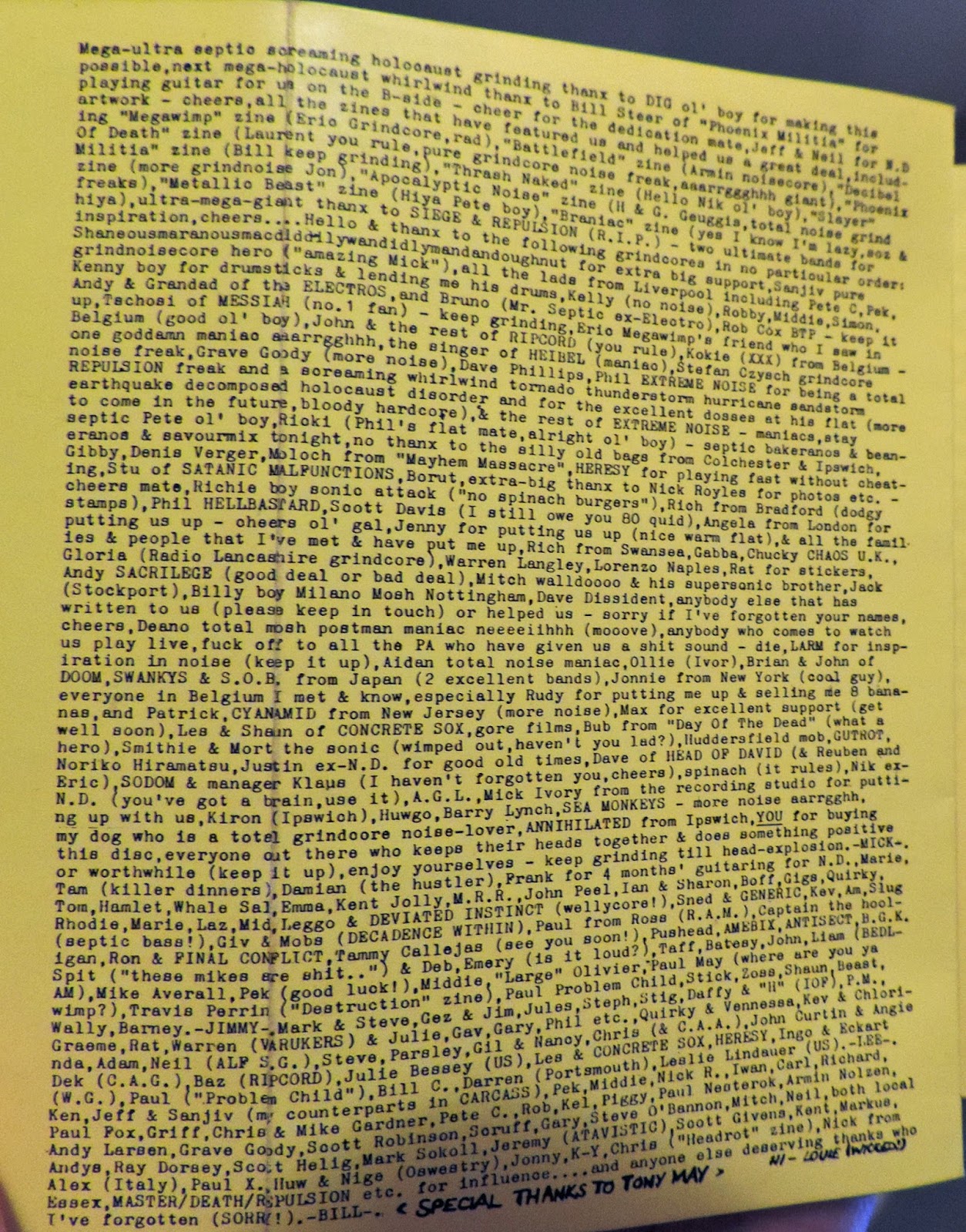 2) CD bought a few years ago for convenience. It lacks the homemade qualities of the tape and omits the sleevenotes altogether, as well as using a very wrong font for the song titles in the booklet, but it's nice to have photos of both lineups and I'm glad they used the yellow cover & not the green/blue/etc variants. Of course there's another new version out now, which I will end up buying too. 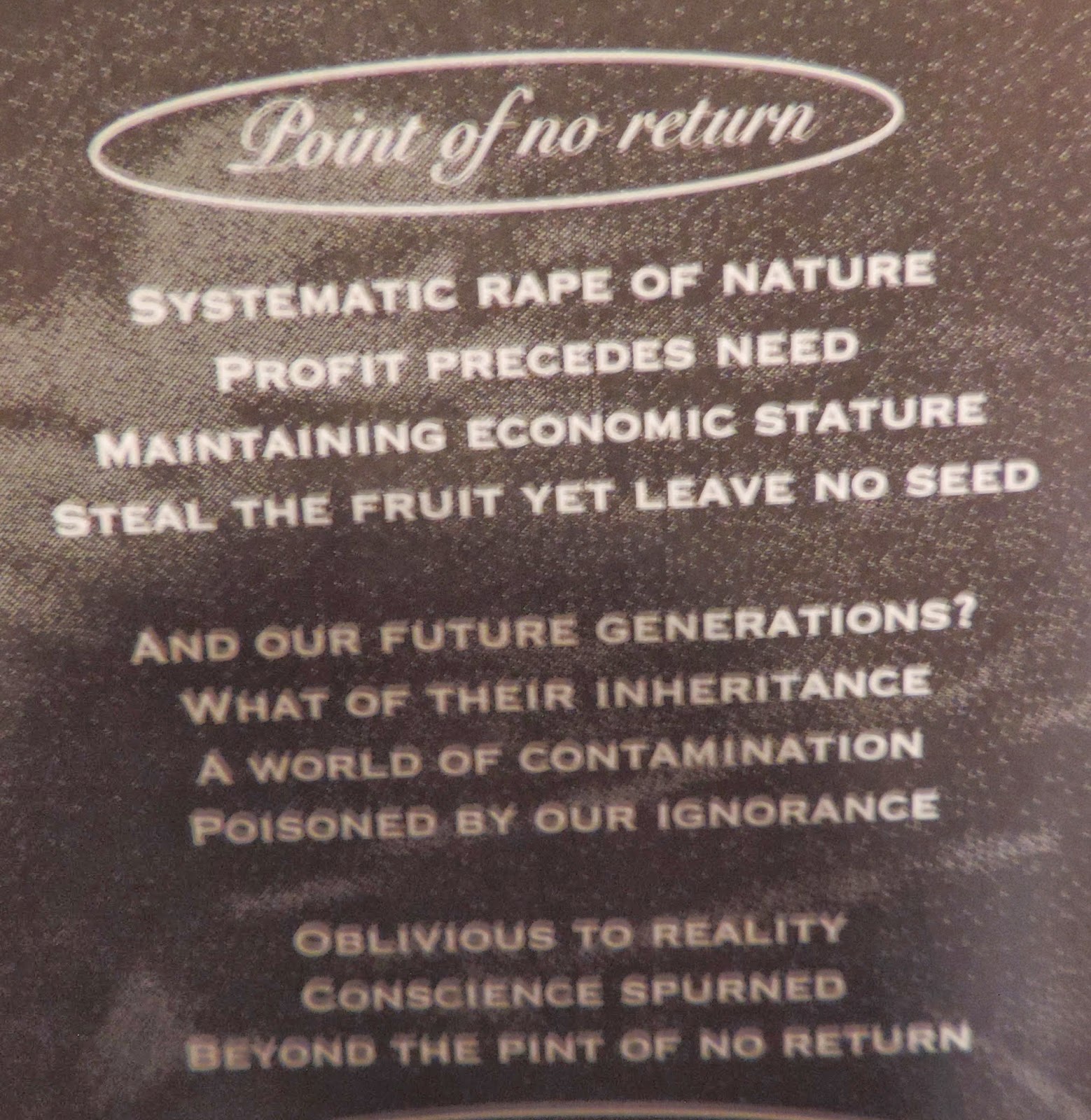 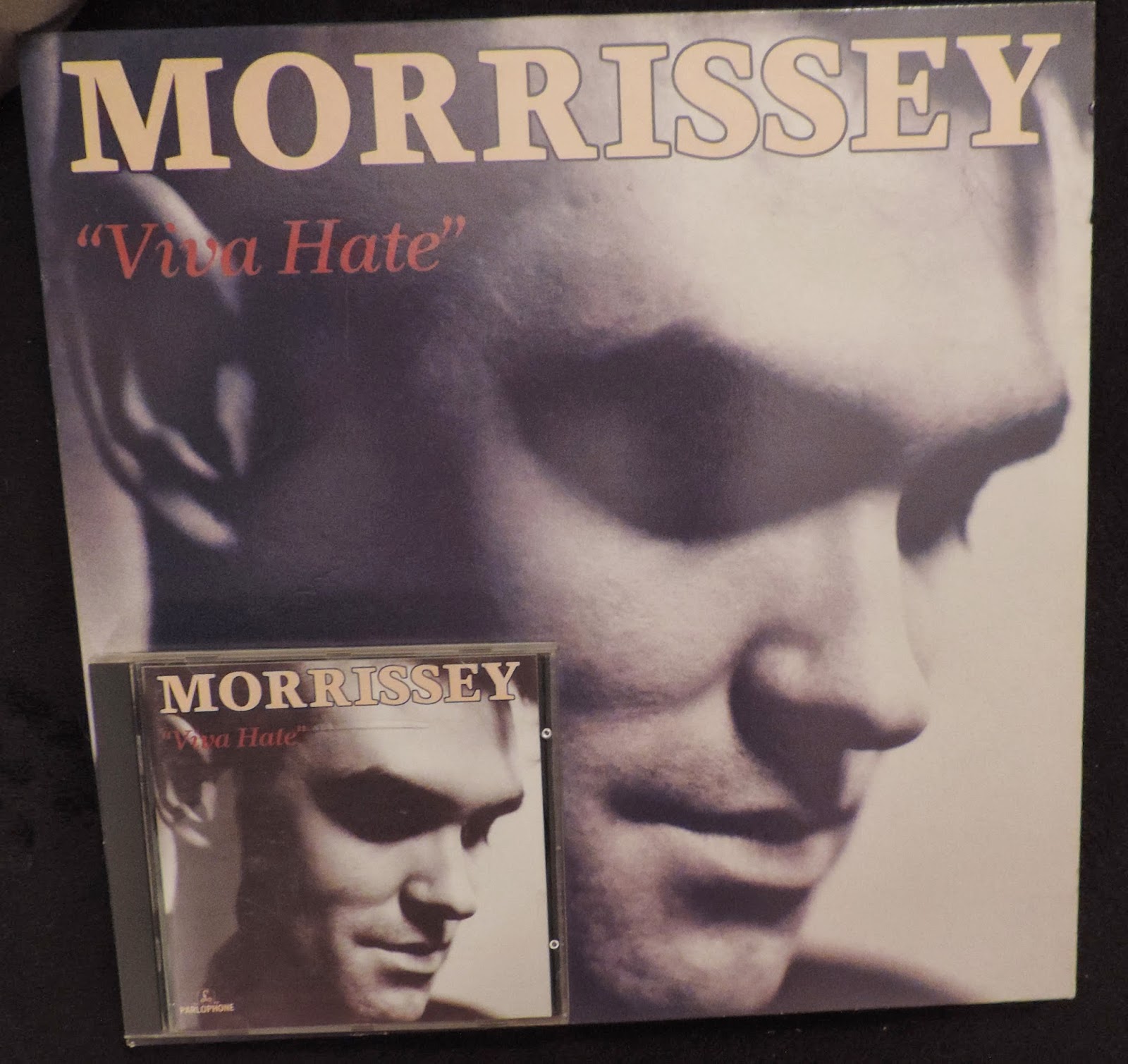 The Album
Morrissey's 1987 debut solo album isn't quite The Smiths, but definitely has its own charm, with guitarist Vini Reilly playing some of the most un-Johnny Marr yet  heroically un-macho guitar known to man.


The Versions:
1) Tape bought in the very early 90s, played to death
2) LP, bought some time later, second hand, partly for the sleeve, although it doesn't have the same profile portrait of Moz in the inner as the tape & CD
3) CD, bought for convenience, strangely the colour of the artwork has a more brownish hue than the LP and especially the tape, which are markedly more blue-ish 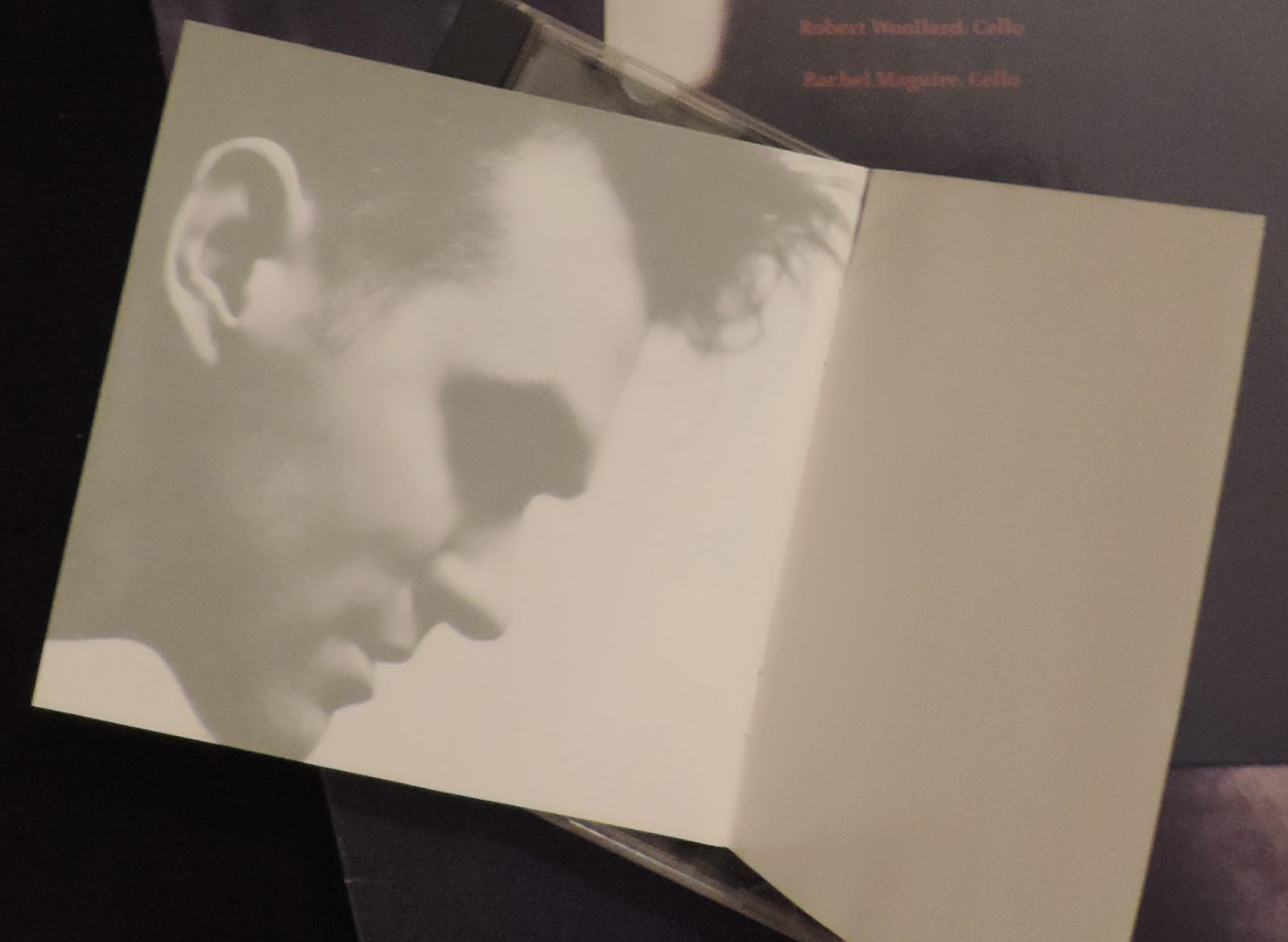 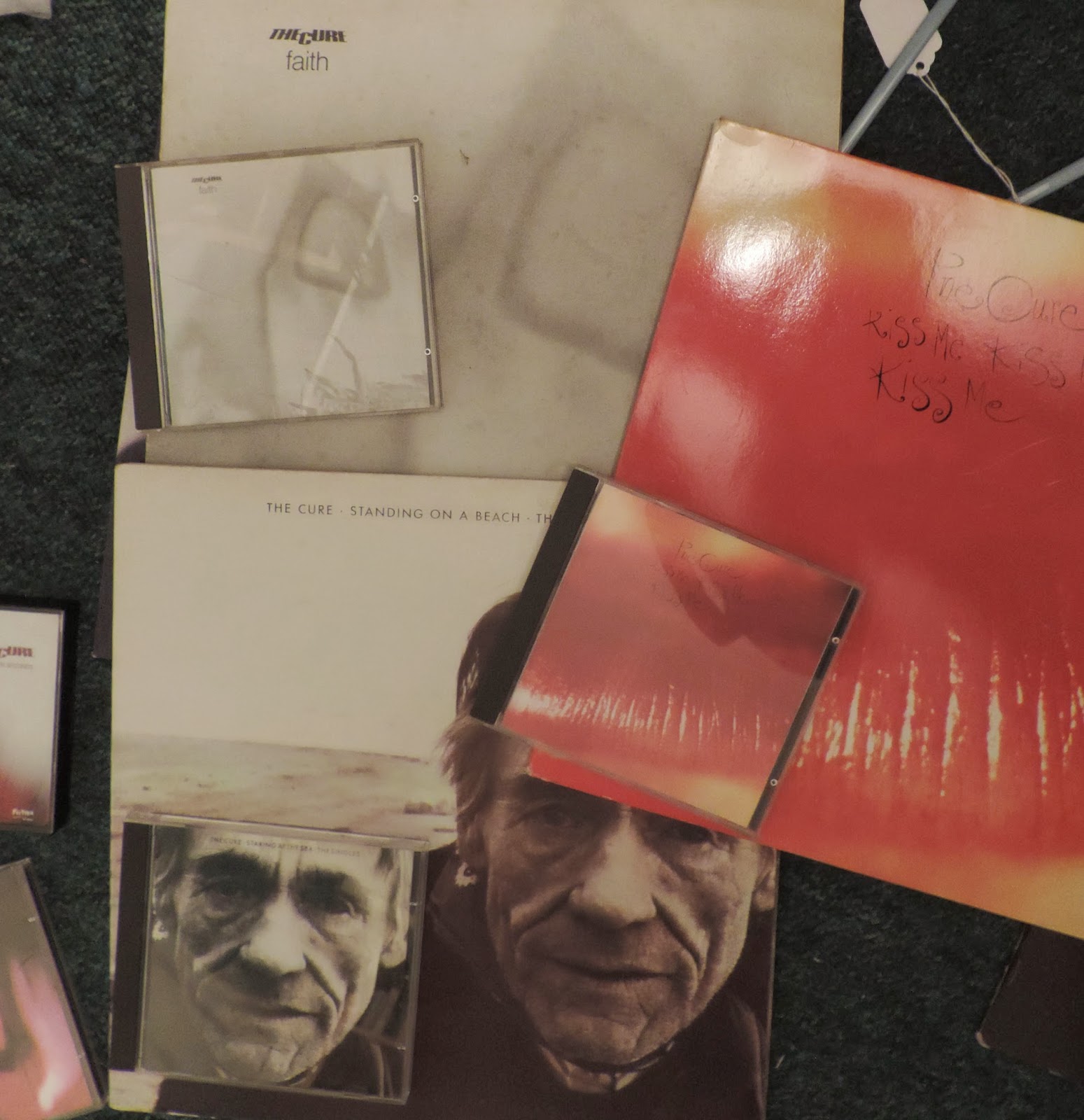 The albums
In my last year or two of high school I think I bought pretty much Cure album to date (that is, up to Wish), mostly on tape (my preferred format at the time,  easily carried around and I didn't yet have a CD player). Most of these were later replaced by CDs for convenience and by vinyl, because it sounds better and for aesthetic reasons; which is funny in a way because some of my favourites (Faith, 17 Seconds) have extremely drab covers. 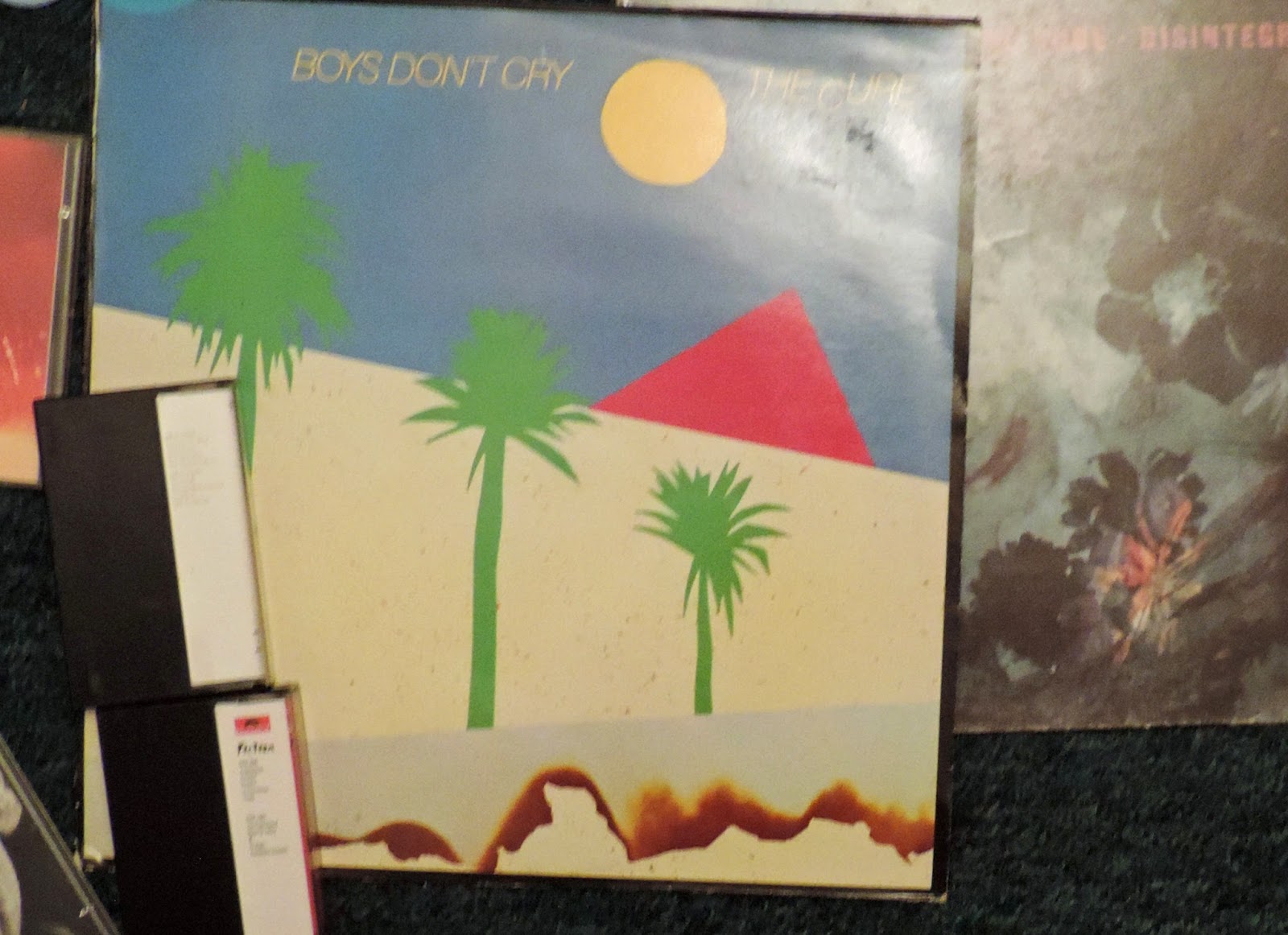 Suicidal Tendencies - How Will I Laugh Tomorrow...When I Can't Even Smile Today 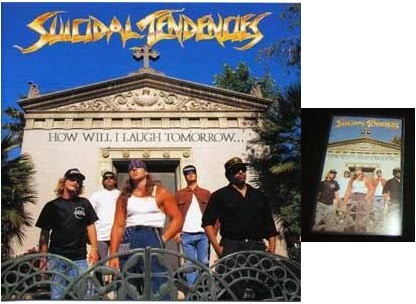 The album:
Sheer genius; hardcore punks go 80s thrash but with a glum, underdog quality utterly different from pretty much all metal at the time.

The versions:
1) Tape - literally played it until it snapped
2) LP - bought years later in a fit of nostalgia - still sounds great and has (to me) one of the greatest album covers (and back covers) of the era. 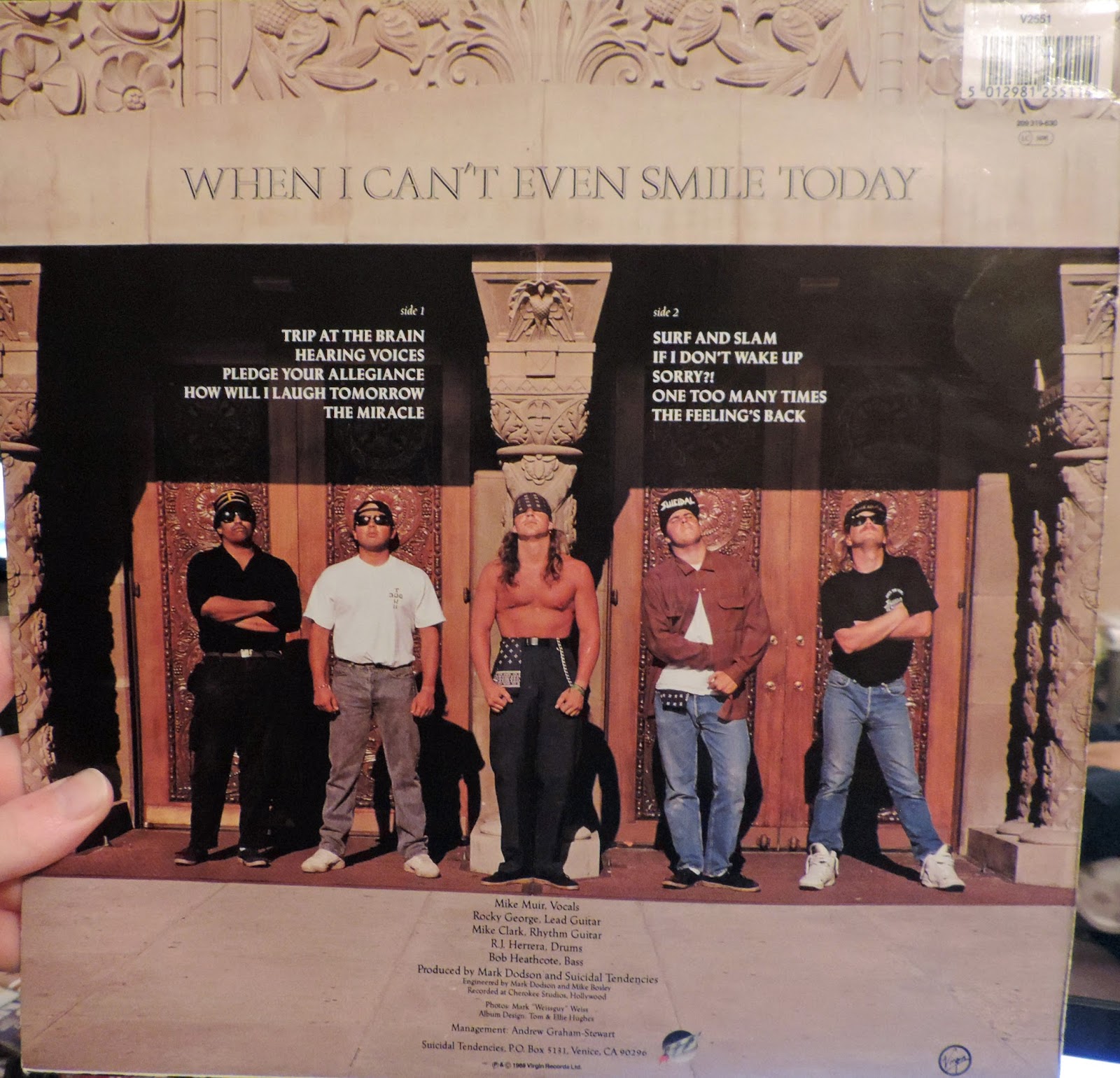 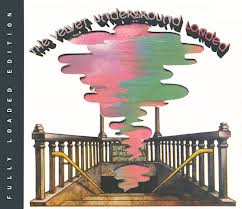 One of my favourite albums of all time. Vastly underrated, this may not be raw and druggy but it's GREAT. Doug Yule is often maligned, but his Lou-Reed-only-nicer voice suits the songs perfectly and the album has a great late 60s atmosphere.

The versions:
1) Tape (can't find, so no photo) - bought in the early 90s. Despite being a VU fan since high school I had somehow never heard Loaded and presumed it sucked. Heard it, it didn't, bought it.
2) 'Fully Loaded' special edition. For once, not bought for convenience, but because it has a whole alternate version of the album, plus unedited versions of the songs from the normal version, just a great reissue. 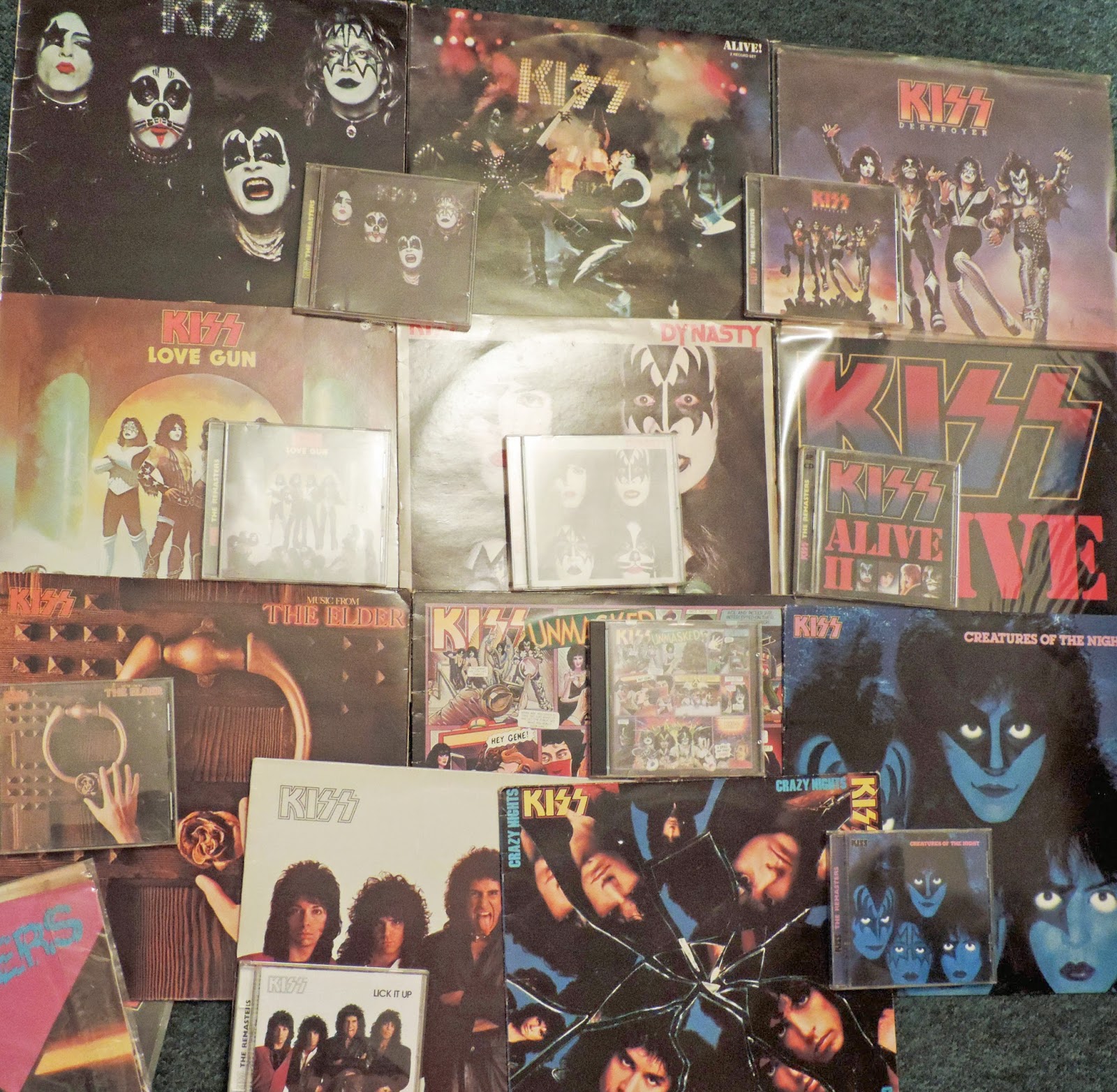 The albums:
All of them up to Asylum

The versions:
I bought the first Kiss album on LP for 50p in a charity shop in the mid 90s, just because of the cover. I surprisingly loved the album (had never been a big Kiss fan before) and bought most of their albums on CD. Then ended up buying them all on LP: Kiss is at least 50% aesthetics. Which doesn't explain why I have two copies of Music from the Elder

The album:
Very atypical Manchester indie album, released at the height of 'baggy' but very much parallel to, rather than part of the movement. Funky, percussive and nicely produced. Nothing they did after this debut was half as idiosyncratic or good.

The formats:
1) Tape, bought (I think) just after seeing the band support The Charlatans in 1991(?), much played, then forgotten about
2) LP, came across in charity shop in early 2000s, bought in fit of nostalgia, turned out to still be good. 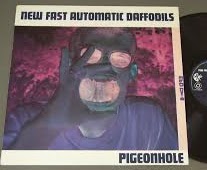 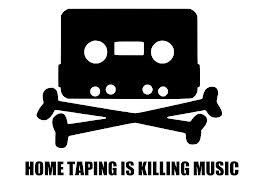 Posted by Will Pinfold at 17:14 No comments: 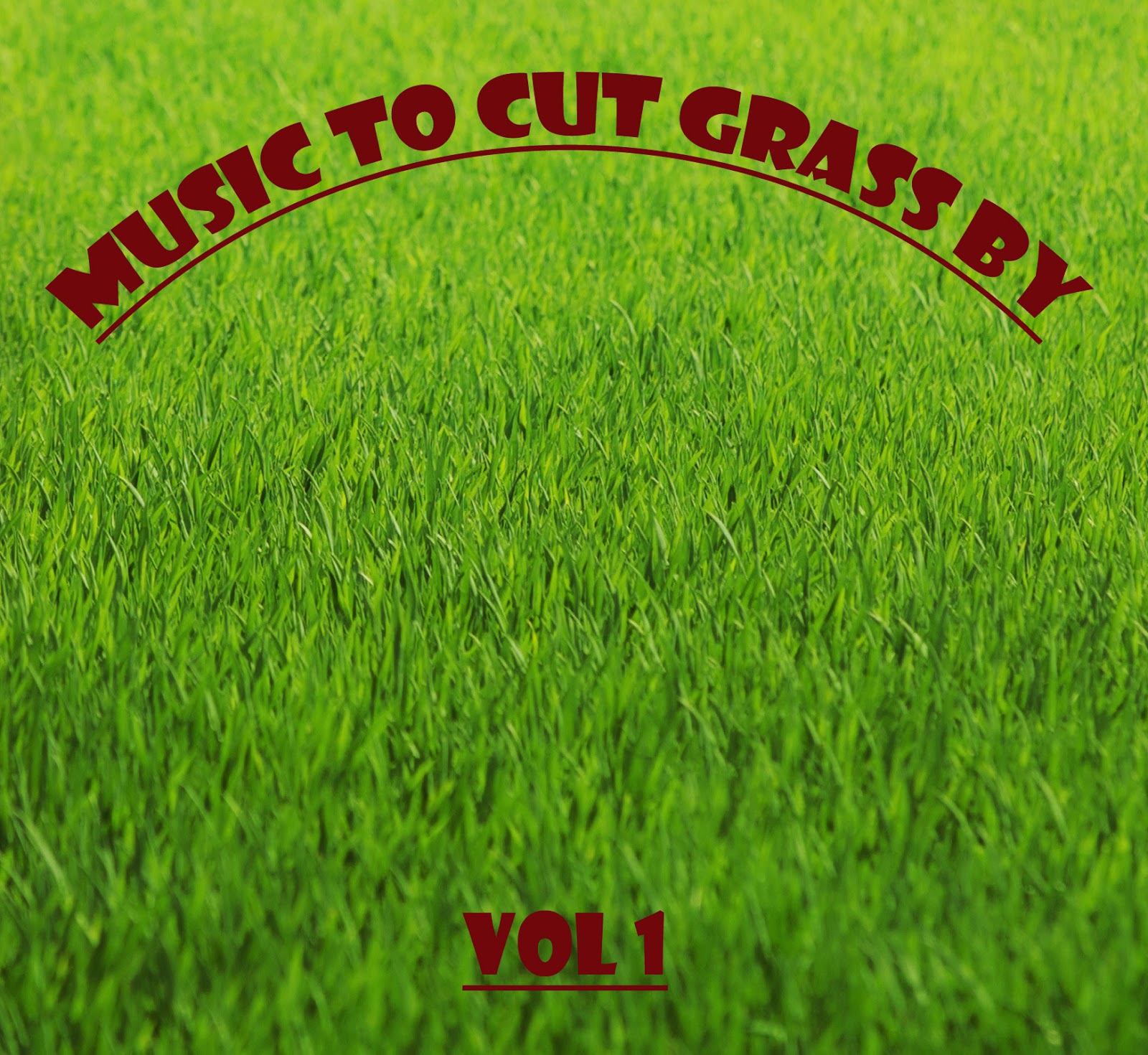 Springtime, and the chore of maintaining short grass begins. Listening to music while mowing improves the experience immensely but there are a few basic requirements:

* Strong melodies - even with large over-the-ear headphones the lawnmower I use makes enough of a noise that anything vague, complicated or very noisy isn't much use.

* a variety of artists/genres: mowing is monotonous enough already

* positivity! Not essential but nice, it would be a shame if the music made the chore worse

Here is the stuff that my mp3 player chose today that I didn't skip past: 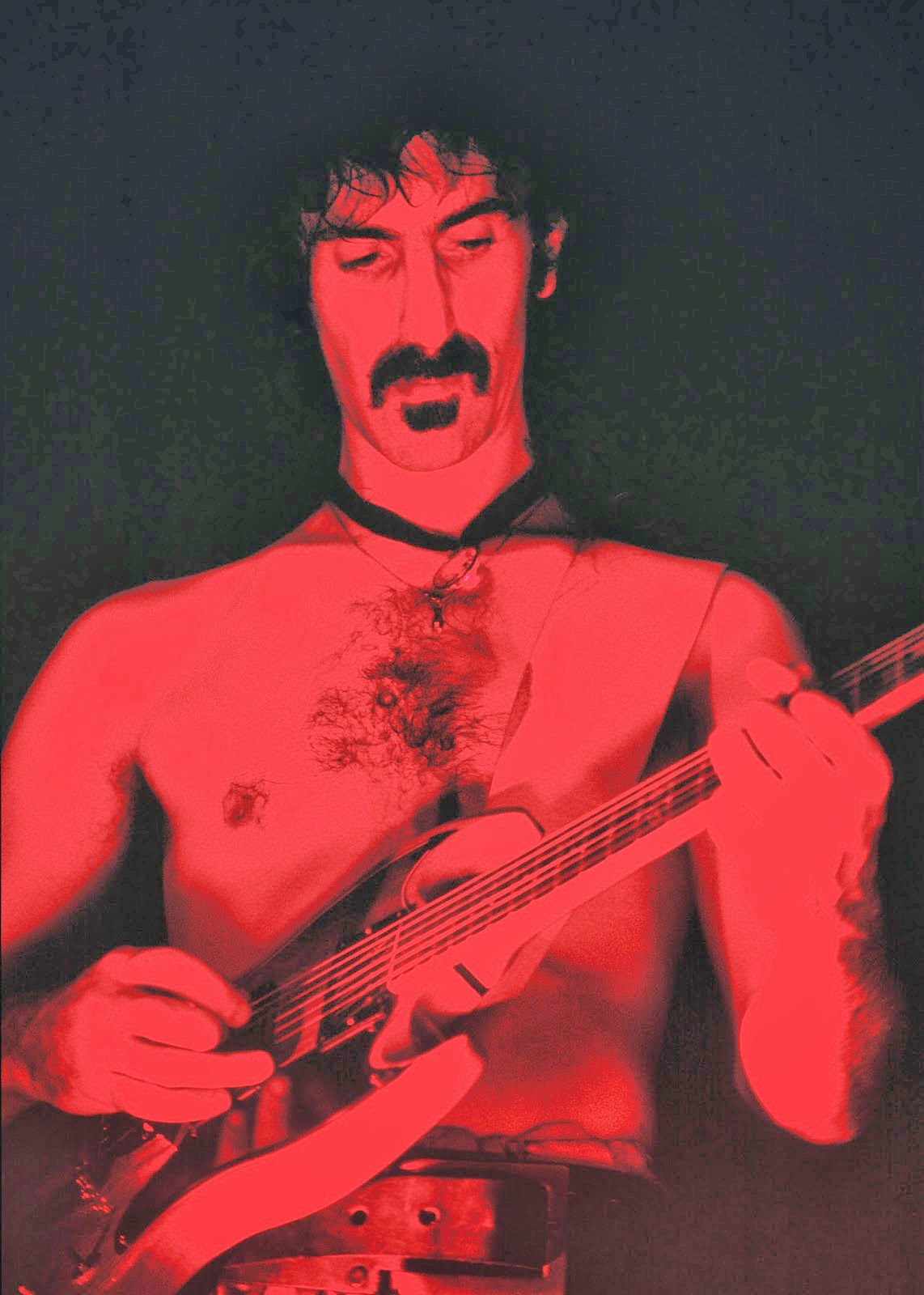 Even though it initially sounds like the theme tune for some dodgy 70s sitcom, this is nostalgic and cheerfully cheesy in an atypical non-ironic way. 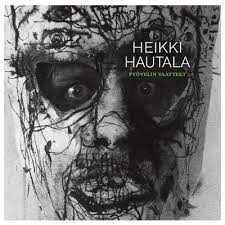 Sometimes a voice and an acoustic guitar is enough; no idea what he's singing about (it's in Finnish) but it is atmospheric as well as being forceful enough to win the aural battle with the mower.

Just a great, tuneful piece of music. Also, without the Geto Boys I wouldn't know that gangsters took pride in not being able to run fast. 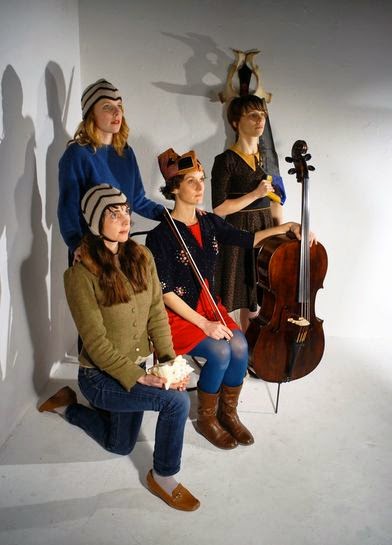 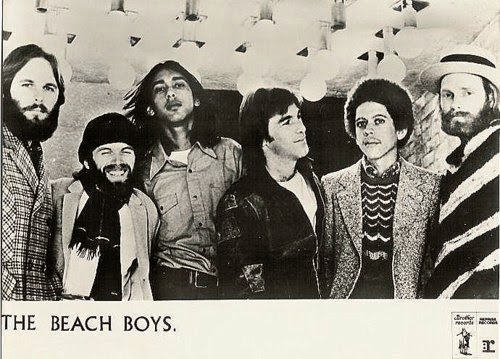 Not the classic, early Beach Boys sunshine, but this beautiful, reflective waltz-time tune is just lovely. 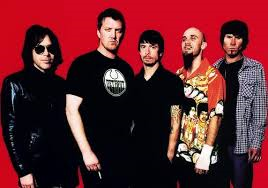 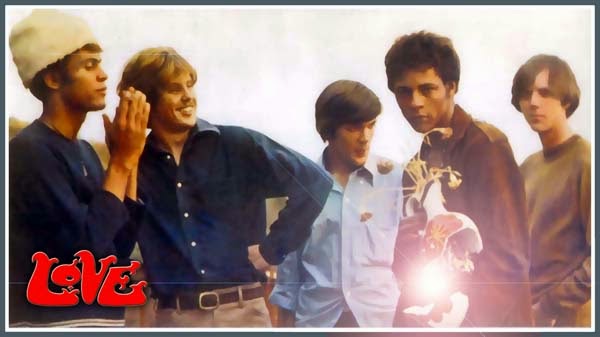 Bathory - Hammerheart (from Twilight of the Gods, 1991) 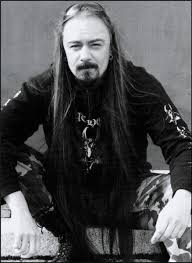 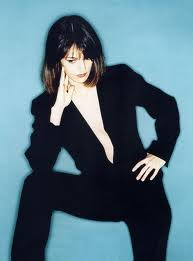 Breaks the mowing music rules but is invigoratingly chilly and powerful: cuts through mower noise and refreshes. 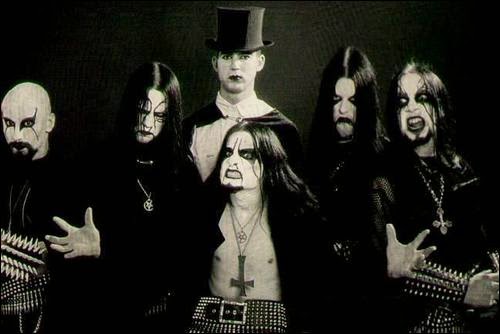 I know Stian Aarstad pinched the piano intro from Magnum's Sacred Hour, but Dimmu needed it more (witness the vastly inferior rerecorded Stormblåst) and it makes a superb intro to one of many catchy, rock-ish songs from a highly underrated album. 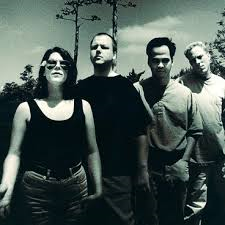 The Pixies famously went 'soft' on Bossanova, but that means that there are lovely pieces of music like this one on there.

The Butthole Surfers - Jingle of a Dog's Collar (from ElectricLarryLand, 1996) 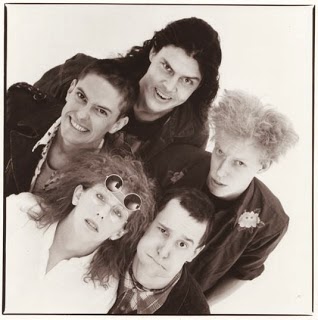 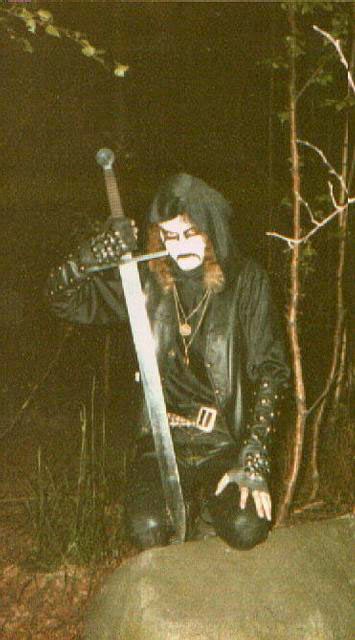 Yes, it breaks the rules of grass-cutting music in several ways, but this simple guitar & percussion instrumental is strangely soothing and atmospheric, even if not really sunny day music.

Posted by Will Pinfold at 17:16 No comments:

Please see the updated & improved version of this article here
Posted by Will Pinfold at 15:32 No comments: